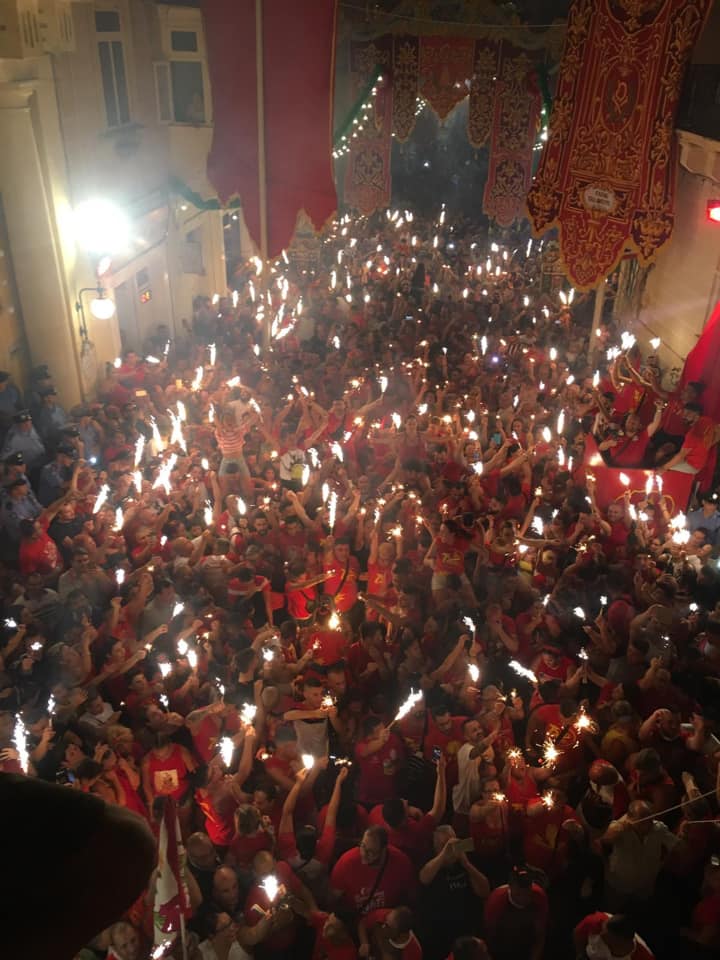 ‘A phenomenal feast’ – The thousands of people who made their way to the Glorious City described the Feast of St Lawrence in this way. Once again the feast celebrations confirmed that we are one of the main feasts on our island. We are so proud that we belong to the titular feast of our City and that we also belong to the Vittoriosa Band that is the St Lawrence Band.

Overall we had a great feast in all aspects – Decorations, Fireworks, Band Marches, Church, Band Club, a fantastic Musical Concert and much more. A feast that saw our city filled with thousands of people who everyday came over to join us in the celebrations. Because that is what makes a feast, the people.

Yes ‘A phenomenal feast’ that confirmed once more the strength of the Palmizi. Thanks and well done to all. A year in which we celebrated the 75th anniversary of the pilgrimage from Cospicua to Vittoriosa with the statue of Saint Lawrence. From now we start the countdown and working for Festa 2020 in which we are going to celebrate amongst other the 200th anniversary of the Church being given the title of Collegiate.