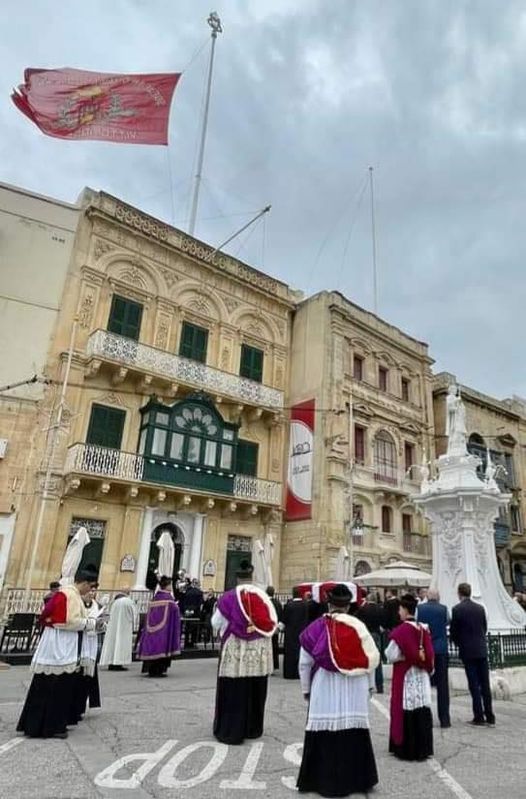 This morning, last tribute was given to Fra John Edward Critien, Honorary President of the St.Lawrence Band Club. The members of the committee took part in the procession that started from Pawlu Boffa street. As soon, as he arrived in front of Palazzo Huesca he was greeted by a fanfare from the St. Lawrence Band. Afterwards the committee attended the funeral mass which was led by Archbishop Charles J. Scicluna.