Four years later, precisely in 1994, the Saint Lawrence Band Club, once again, performed another musical programme in the Collegiate and Conventual Church of St Lawrence, this time on the occasion of the 50the anniversary from the pilgrimage which brought back the statue of Saint Lawrence in Vittoriosa after World War II. Also, the society celebrated the inauguration of the artistic banner of the band club. In that program, held on Friday 29 July, the following music was played: 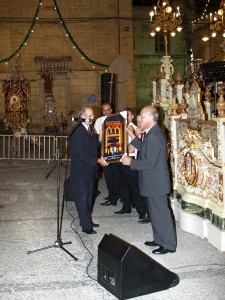 In the year 2012, the Saint Lawrence Band Club celebrated another important anniversary, the 25th Anniversary from the appointment of Mr Lawrence V. Farrugia as President of the band club. As expected, this important anniversary was also celebrated with the greatest pride and detail by the club. The peak of such festivities was reached on Thursday 2 August, as the bands performed a march and also a musical programme on the society’s artistic band stand. The band march was accompanied by a number of other band clubs, namely because the same year marked the 25th Anniversary of Mr Farrugia’s appointment as President of the Band Clubs Association. The Coro Bel Canto also accompanied the band in the performance of the musical programme, and the following music was played: 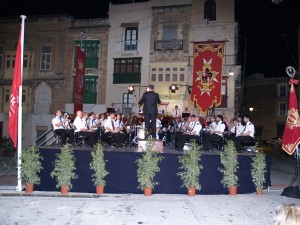 On Saturday 5th September 2015, The Saint Lawrence Band Club, together with the Prince of Wales Own Band Club, performed the first musical programme jointly. This musical programme was performed as part of the activities held to commemorate the 450 anniversary from the Victory in the Great Siege, and was organised by the Local Council. In this historical occasion, the two band clubs of Vittoriosa worked together with the aim of organising a high level musical programme, with the respective Maestros directing this joint band as indicated below:

On Saturday 28th October 2017, the Saint Lawrence Band held its Annual Musical Programme at the Main Vittoriosa Auditorium. However, this musical programme can be deemed as special since it marked the 30 years Presidency of Lawrence V. Farrugia who has been at the helm of the band club since 1987. During this musical programme, Mr Farrugia received presentations from the Central Committee, Musicians and various friends. The Band which was under the baton of its Musical Director Mro. Jonathan Abela performed a variety of music. Baritone Joseph Lia accompanied the band in two pieces. The musical programme performed was as follows: 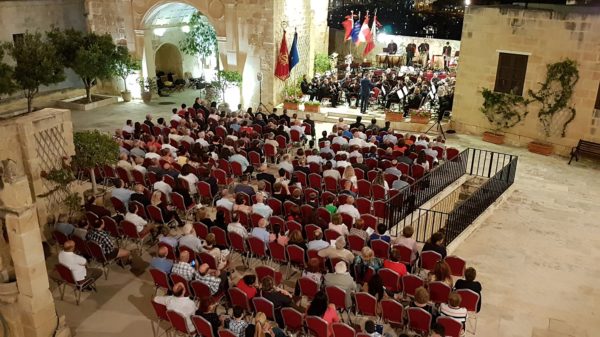 Undoubtedly, the day of 1st August 2021 will remain for a long time imprinted in the mind and hearts of the people of Vittoriosa. After all the years since the end of World War II, where the dome of the church had collapsed due to war bombings, the painting of the dome of the Saint Lawrence Church of Vittoriosa has been inaugurated 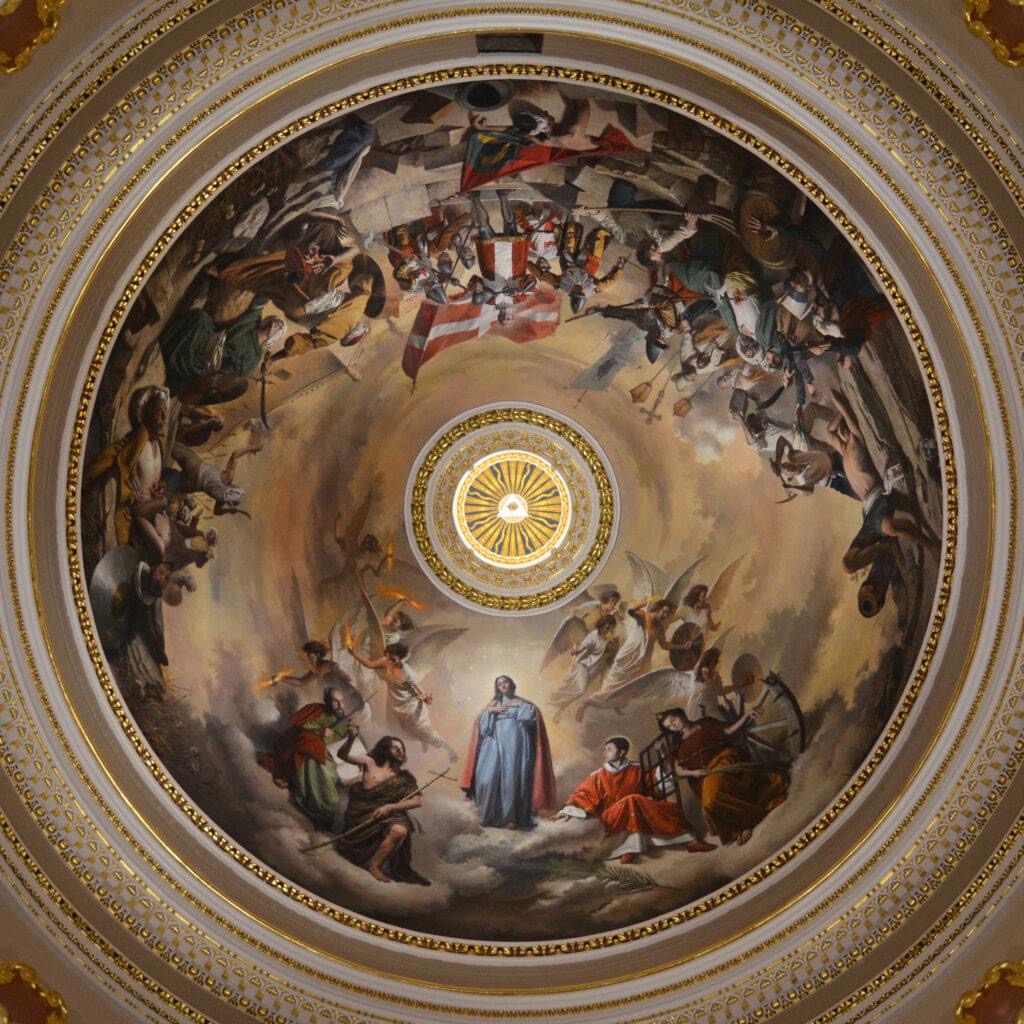 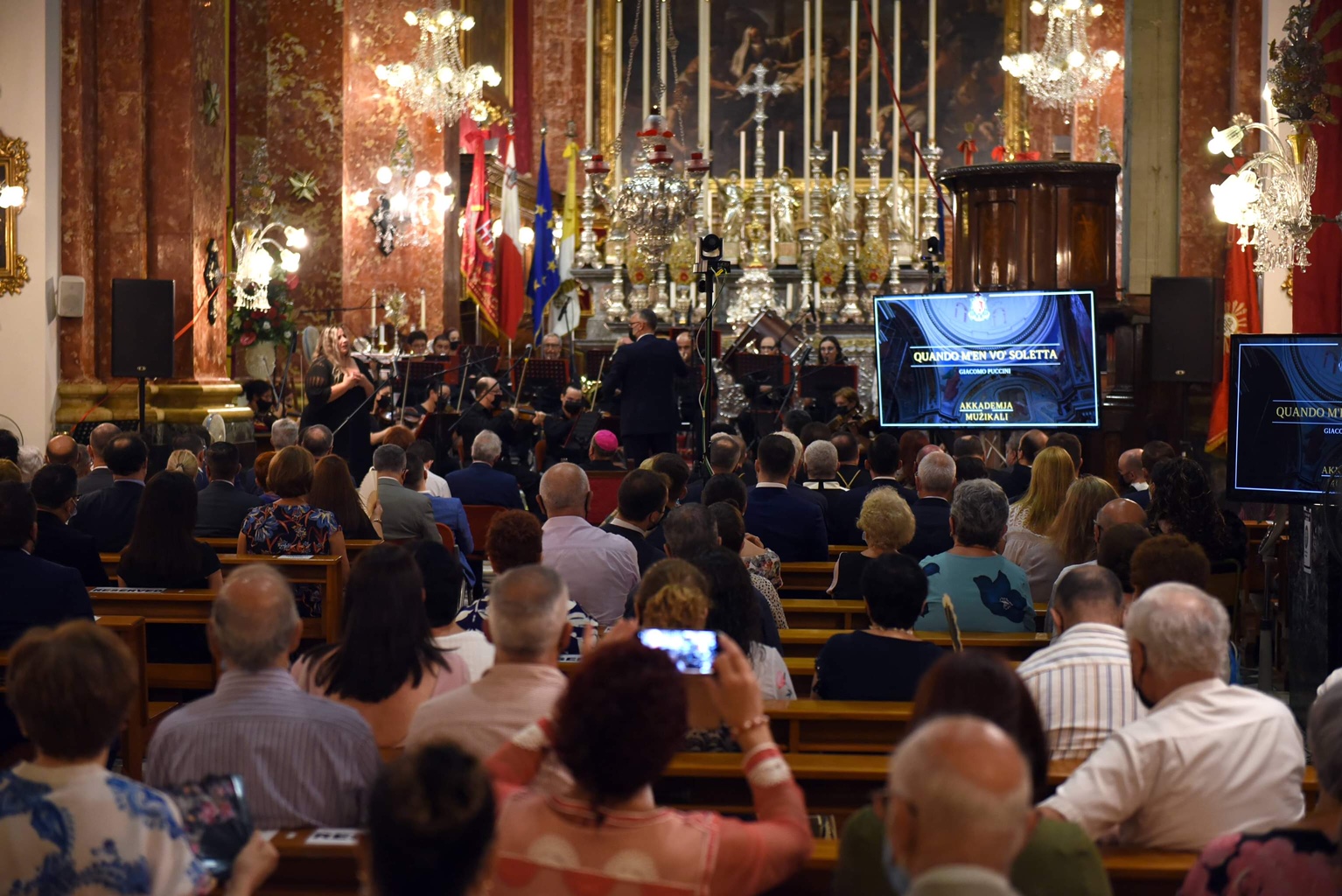 and in front of a jam packed audience in the church, was accomapanied by Tenors Alan Sciberras u Charles Vella Zarb, Sopranos Gabrielle Portelli u Alison Gatt and also Bass Ivan Vella. The Saint Lawrence Band performed a number of musical pieces where some of them were composed for this particular occasion. This musical concert was organised together with the Archpriest and Parish priests of the Saint Lawrence Church, where Can. Karm Busuttil also donated and paid for all expenses related to the painting of the dome. This Concert was under the patron of H.E. Charles J. Scicluna, Archbishop of Malta, and was streamed live by V-SL Media.

The Year 2022 marked the celebration year of the 100th Anniversary from the acquisition of Palazzo Huesca, seat of the Saint Lawrence Band Club. 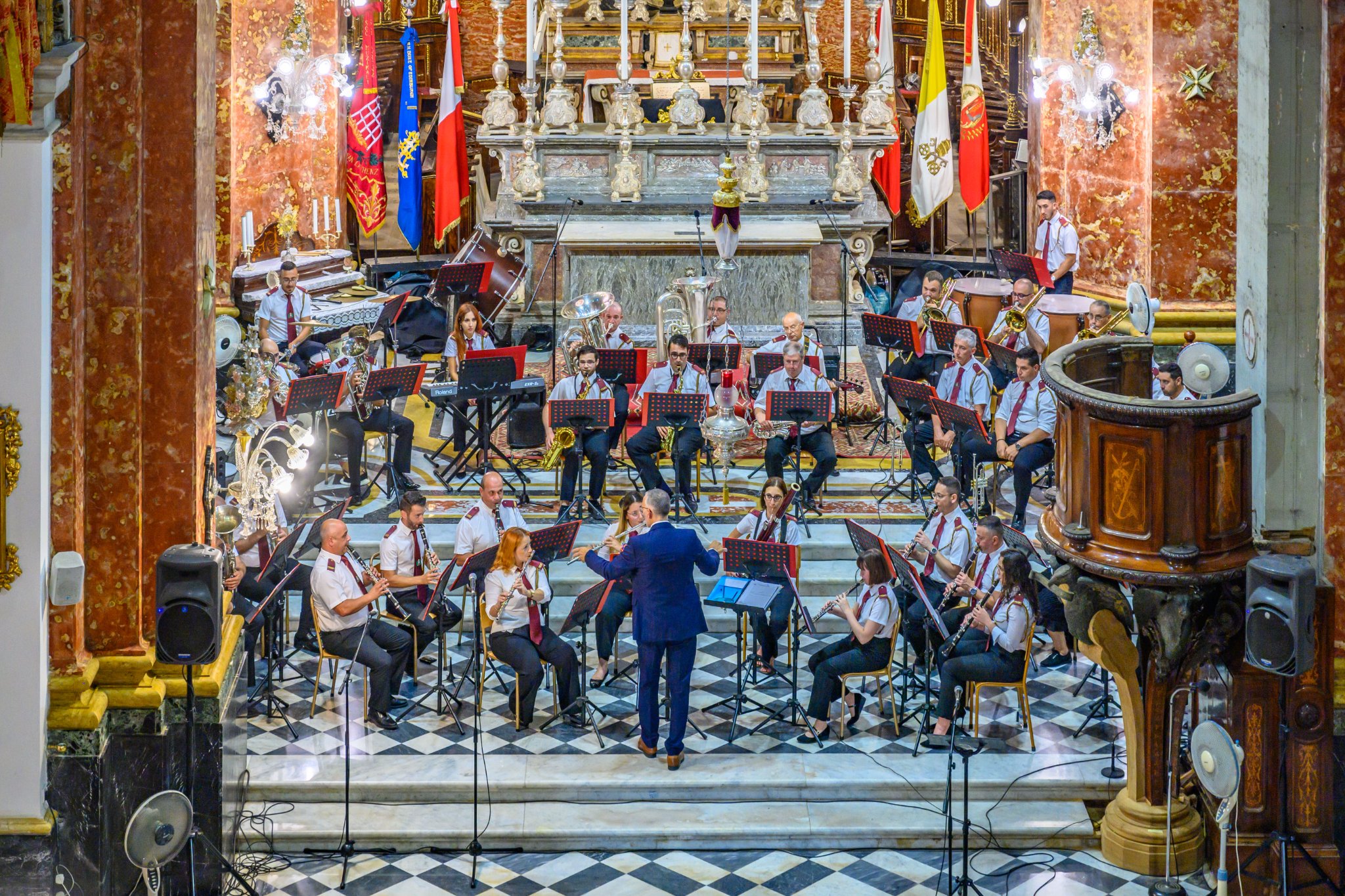