The Project “Music Lessons for Youths in Band Clubs” 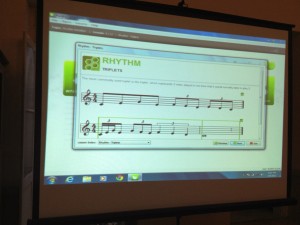 In the year 2012, the Youth Agency financed the project named “Music Lessons with a difference – Interactivity in the band club”. The aim of this project was an investment in hardware and software such as Laptop, Projector, Big Screen and software which is adapt for mus 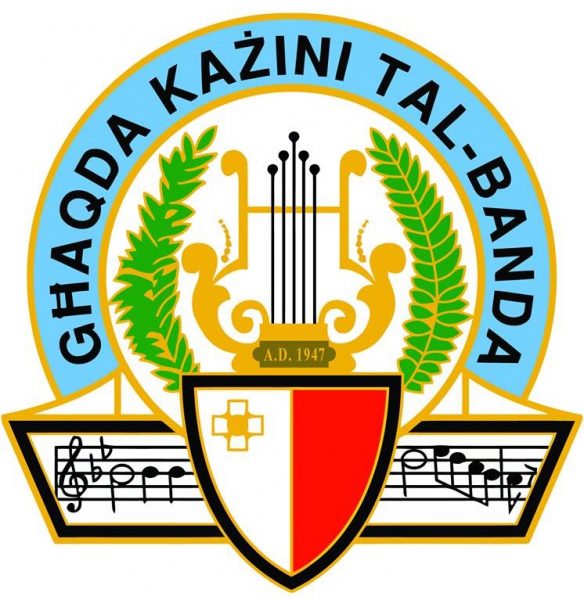 ic lessons aimed at different age groups. It can be said that this project was a success since because of such investment, students at the club had the chance to use tools which they are more accustomed to and more importantly, lessons could be done in classes rather than only individually. Of course, learning in classes also means that students can learn from each other, apart from the fact that if they choose to, students can also ap

In 2015, the Saint Lawrence Band Club submitted another proposal which was accepted. This proposal had the objective of complementing the new energy and dynamics brought forward by the new musical teachers and the objectives that they wanted to reach. We acknowledge and are aware that the number of students can further increase. To this effect, the initiative taken in 2015 had the main aim of an outreach in order to increase the number of students attending classes in our band club, whilst at the same time modernising and introducing new methods of learning in our club through further investment.

Following the strengthening of the music lessons through acquisition of software

which can be adapted to all age groups, and also to lead to any students who would like to undertake music theory exams, the club believed that the next step shall be an investment in further hardware and other accessories in order to have the possibility of also undertaking lessons in classes of music practice, between students and residents bandsmen, added with the already established music theory lessons. Apart from this, the Musical Director of the band club is also heading the school of music within our band, together with other music teachers, with the aim of being more professional in the music teachings given to our students. Through this way, both students and resident musicians can further increase their talent and potential, whilst providing the club with an opportunity of performing together in musical programmes.

In fact, the 2015 project investment included music stands, White Board, two althorns and snare drums. This initiative compliments what was already achieved, since the club is now equipped with further tools which shall provide all students with the ability to even organise practicing classes. We also believe that with the implementation of this project, the chance for creativity has been created. 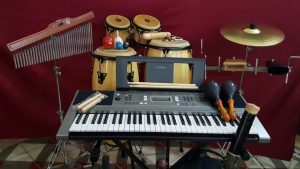 d as The Vittoriosa Kids Music Centre, has the aim of further strengthening the musical lessons in our club. In fact, a wide range of percussion instruments was acquired, together with a synthesiser, with the aim of organising on a weekly basis a percussion class for children aged 5 years and over. We also believe that with the introduction of the synthesiser in rehearsals, our students will have the opportunity to understand and further learn the mechanics and processes happening in rehearsals. Apart from these, the c 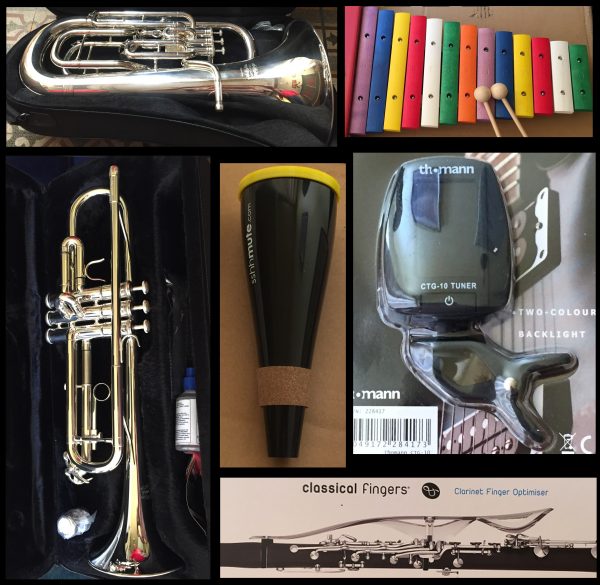 lub also acquired a photocopier, books to be used in teachings and music related posters in order to be hung in the Concert Hall of the club.

The 2017 project, named Vittoriosa Kids Music Centre – Continuity, was geared to continue empowering the Percussion Class. To this effect, the Club bought 3 new xylophones aimed for children, as well as a rubber carpet aimed at kids. The Club believes that students will be much more comfortable and attentive with this new set up. New Music sheets were also acquired as part of this project, geared at youths enjoyment and also after consulting with them. In addition, the Club thought it is fit to acquire a first aid box, just in case the need arises. For Clarinet students, the tool Classical Finger was acquired, aimed at improving drastically the fingering of students to a professional level. 2 trumpet players were given practice mutes, while another one needed a gig bag and was bought accordingly. Our Music teachers deem as crucial ear training, and to this effect, 6 clip on tuners were included in this project. Last but not least, the Club also invested in 2 Trumpets and an Euphonium.

In the year 2018, the Saint Lawrence Band Club succeeded in benefitting for yet another year from this scheme. With the initiative called Vittoriosa Kids Music Centre – Strengthening with further investment, the Saint Lawrence Band Club increased further its resources for the benefit of its young students. In fact, it acquires 6 recorders and relevant theory books with the aim of providing first instrumental experience as a preparatory training for the actual instrument, 10 flow balls in order to increase the breath flow, 2 breath builders to improve the stamina in breath, more instrument practice books, trumpet, snare drum and 2 clarinets, Bell Tree, 3 Practice Mute for the Trumpet students and more charts for the new classes. This initiative will further support and sustain the previous projects undertaken by the Saint Lawrence Band Club and will further ensure that the Club remains a catalyst in music teachings to youths and kids.

The 2019 project can be described as an innovative project. Bearing the name of ‘Team Building an 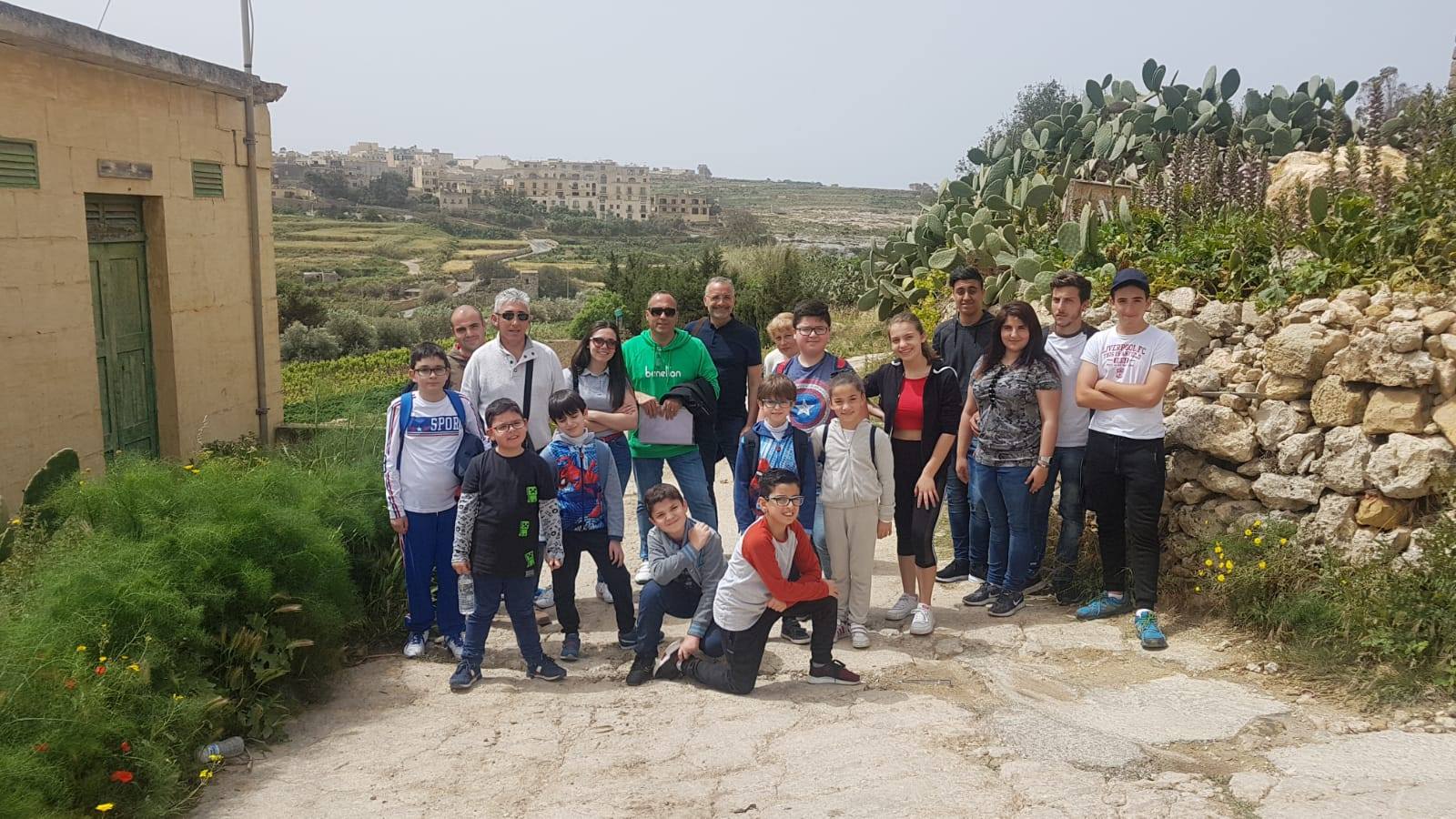 d Enhancement in the Vittoriosa Kids Music Centre’, this project had the main objective of organising a team building session for all resident musicians and students in the island of Gozo. This activity was held on Saturday 4 May 2019 and various Team building sessions were organised, apart from some tracking in the Gozitan environment. Apart from this, there were several other items acquired under this scheme, mainly Drumkit skins, two brass mouthpieces, Clarinet reeds, gig bag and a strap for Sax Alto and also the salaries of the Maestro, Assistant Maestro and music teacher for kids class.

The Music Hall of the Saint Lawrence Club, where all music classes and rehearsals are held, is part of the pr

emises of the club which was built in the 19th century. In view of the age of these premises, they were not built fit for music playing. Since this music hall is being utilised for music on a weekly basis, the need to improve the acoustics of this hall has grown severely. At a frequency of 500 Hz, the reverberation time was 7.89 seconds at the height of 4.88 meters of the music hall. On the other hand, the recommended reverberation time for m 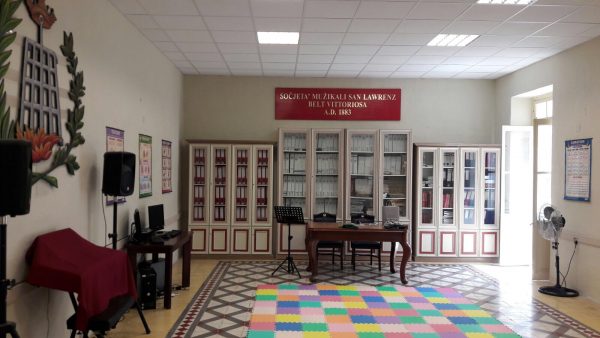 usic shall be 0.3 seconds to 0.8 seconds. In this regard, the Committee of the Club decided to improve severely the acoustic situation of this music hall. Through the Small Initiative Support Scheme launched by the Malta Council for the Voluntary Sector, the committee made an application for the development of the music hall. The committee also recognised that the hall needs a new system of lighting, in order to guarantee to musicians the right lighting in reading music parts. This is also a crucial factor to ensure success since one needs to avoid any lights creating blind spots, thus it has to be top down lighting formation. The Committee believed that by doing so, a healthier environment to the students will be guaranteed, whilst also providing a

more enjoyable experience in learning music. Work by club volunteers commenced on the restoration of the existing ceiling, together with some minor structural works with reference to maintenance and a new face lift, since the walls were also painted. Following this, the suspended ceiling and lighting was installed, and after further cleaning and hanging of relevant decorations, the club can boast of one of the best music halls in the area, where sound reverberation time has now been reduced at 0.6 seconds. Quite a remarkable investment.

The Project “The Vittoriosa Kids Music Centre – Strengthening and Expansion” 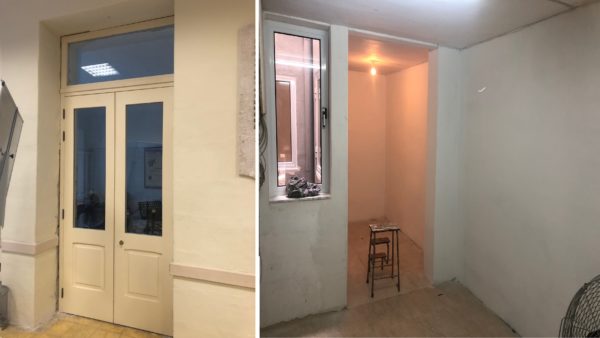 18, the Saint Lawrence Band Club continued to heavily invest in its infrastructure with the aim of further improving its facilities in the teaching of music. In fact, this project entailed the extension of already existing rooms at the back of Palazzo Huesca, mainly the room which used to be used as an office, and also the back room in the Rehearsals Hall. Part of this project has been funded by a fund administered by the Għaqda Każini tal-Banda and Art Council Malta, and it had the aim of increasing the existing space to accommodate the ever-growing number of students in music lessons. Through this project, the music teachers are now able to do their lessons at the same time, making it very flexible to students who need to attend lessons with more than one music teacher. It must be noted that as part of this project, a new wooden Double-Glazed door was installed, together with building a new wall, a new lighting system, installation of 2 gypsum walls, tile laying and relevant polishing, installation of aluminium apertures and re-painting. 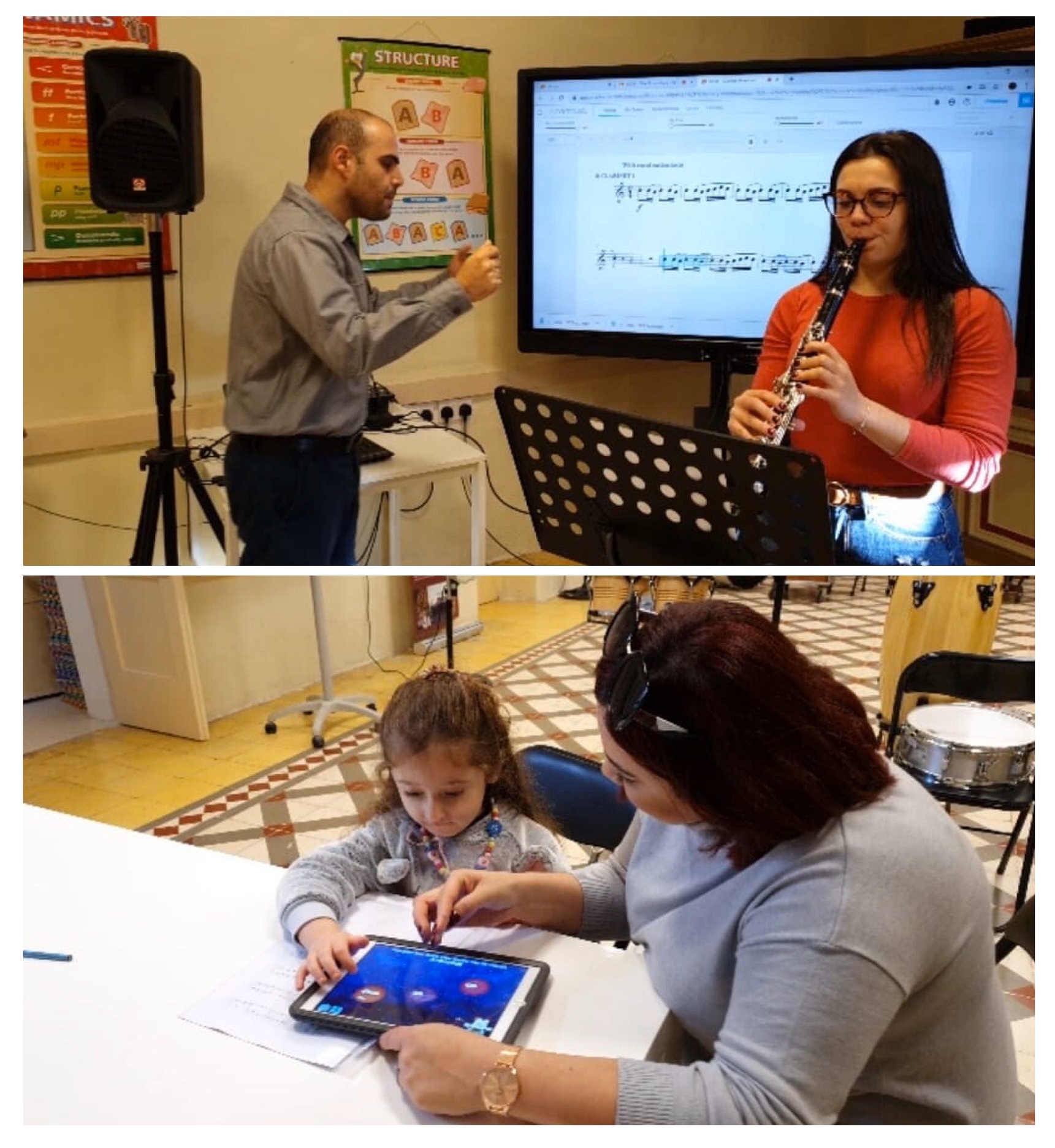 This project which was implemented in the year 2019 had the objective of introducing a new method of  music teachings which is modern,, creative and innovative. In fact, through the acquisitions of a number of accessories such as an iPad, Otter box, Interactive Screen and an online subscription on Smart Music, the band club was in a position to offer this new method of teachings within its ranks to all the students. This

was only possible through further time investment in music lessons by one of the music teachers as part of this scheme.

Another point worth mentioning is that through this project, a water dispenser was also installed int he club’s rehearsal hall. The versatility which this new innovative method is offering in music teachings is evident to the extent that students continued to increase and those attending even improved in quality. This project was finances by the VOP scheme as managed by the MCVS.