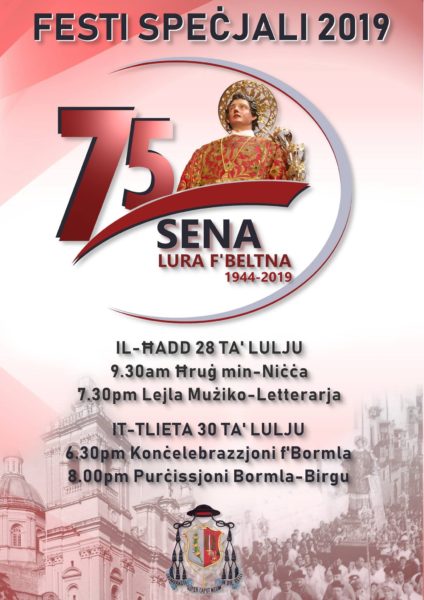 Last Saturday, after the Easter Mass, the Archpriest of Vittoriosa officially launched the special festivities programme commemorating the 75 years anniversary of the Statue of Saint Lawrence back in Vittoriosa following WWII. These festivities will be held in July 2019. In addition, the logo for such festivities was unveiled by Ms Ilona Callus, the designer of the logo.